Celebrating His Work Anniversary by Giving Back – Gary’s Story

Celebrating His Work Anniversary by Giving Back – Gary’s Story

Grade Tech’s hauler, Gary, is celebrating 5 years with the company this spring. To commemorate that milestone, he is once again supporting Lincoln Self Reliance(LSR), a private not-for-profit organization that has played an integral part in the lives of Gary, his wife Judy and his son, Todd.

Grade Tech is donating $1,000 to LSR in honor of Gary’s anniversary with the company. The charitable contribution is part of Grade Tech’s “giving back” program, which supports the local community by celebrating employees’ work anniversaries by making annual $1,000 donations to the employees’ “charities of choice.” The funds that are donated are in part used by LSR along with their Executive Director Darrell Skinner, to host an annual awards banquet where they recognize and award each participant for their accomplishments through out the year. 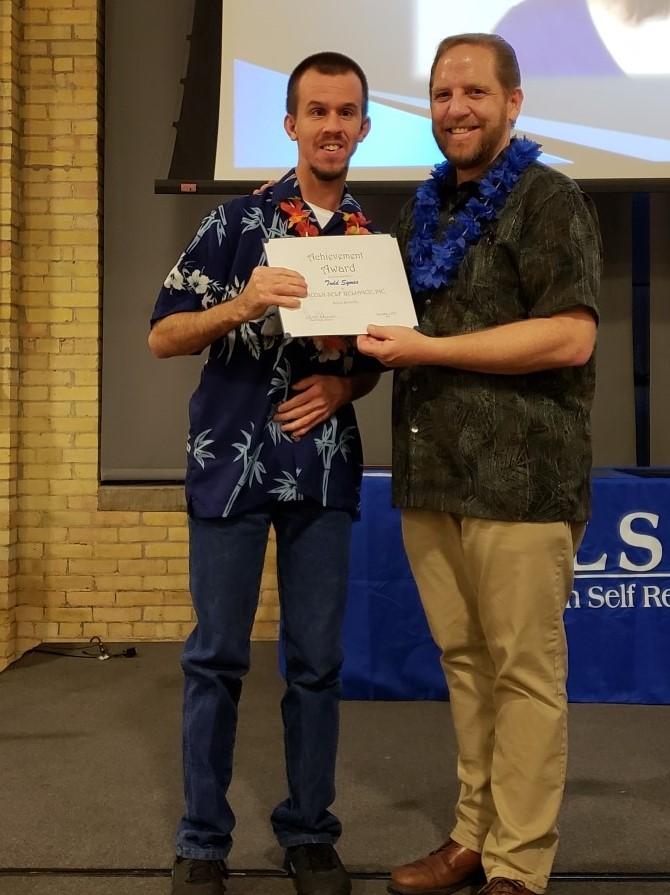 LSR provides residential habilitation and community integration services to individuals with special needs. Gary has chosen the program as his “charity of choice” for the past 6 years. It is his way of supporting and paying tribute to an organization that has had a tremendous – and positive – impact on his family.

Gary’s son, Todd, who is 31 years old, has lived on his own with 24-hour support for more than 13 years. He also attends the community integration program “day-hab” at LSR in Evanston. LSR assists Todd with daily activities, life skills and social skills. As part of this program, Todd works on goals that help him become successful in life. He participates in “work” activities such as delivering Meals on Wheels to senior citizens in the community. He has also had the opportunity to attend special outings such as Special Olympics and a deep sea fishing trip to San Francisco. 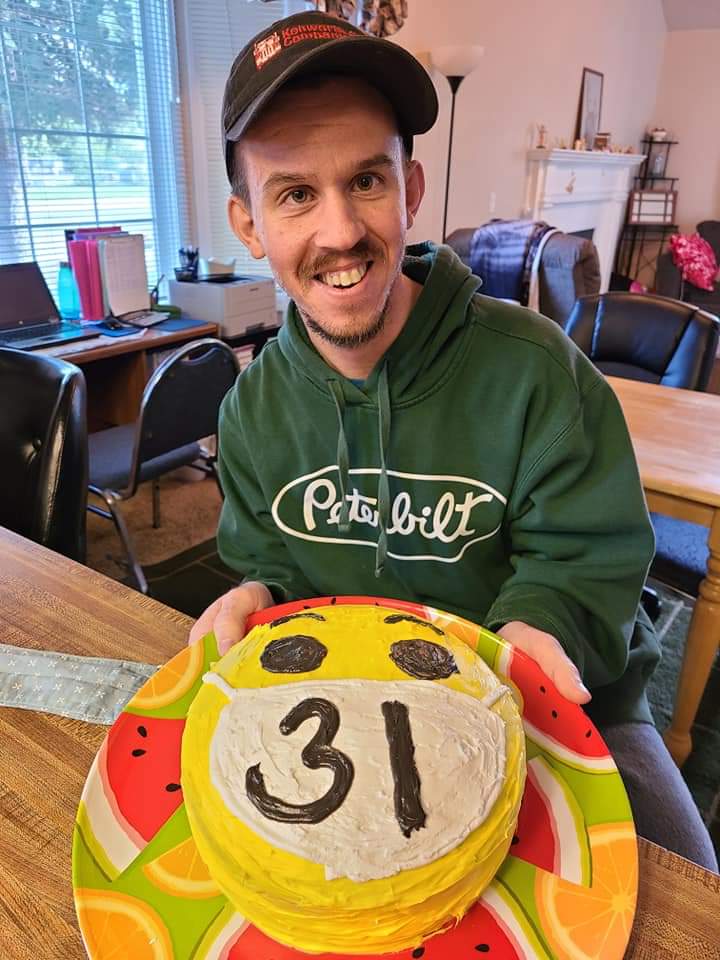 This year, his sister Stacie & mom Judy who are also staff at LSR arranged for a drive-by birthday celebration for Todd in which family & friends and the local police honored Todd with lights flashing and sirens sounding on the police cars. Todd had a great time handing out cupcakes to everyone. It was the highlight of his year!

Gary explained that the support they have received from LSR & the staff that provide Todd with such great care has not only given him and Judy the comfort knowing that Todd is being cared for, but has had a profound effect on Todd as well. “The LSR program has been so good for Todd and the whole family,” Gary said. “He wouldn’t be able to have a social life or be a part of society without the LSR program.” 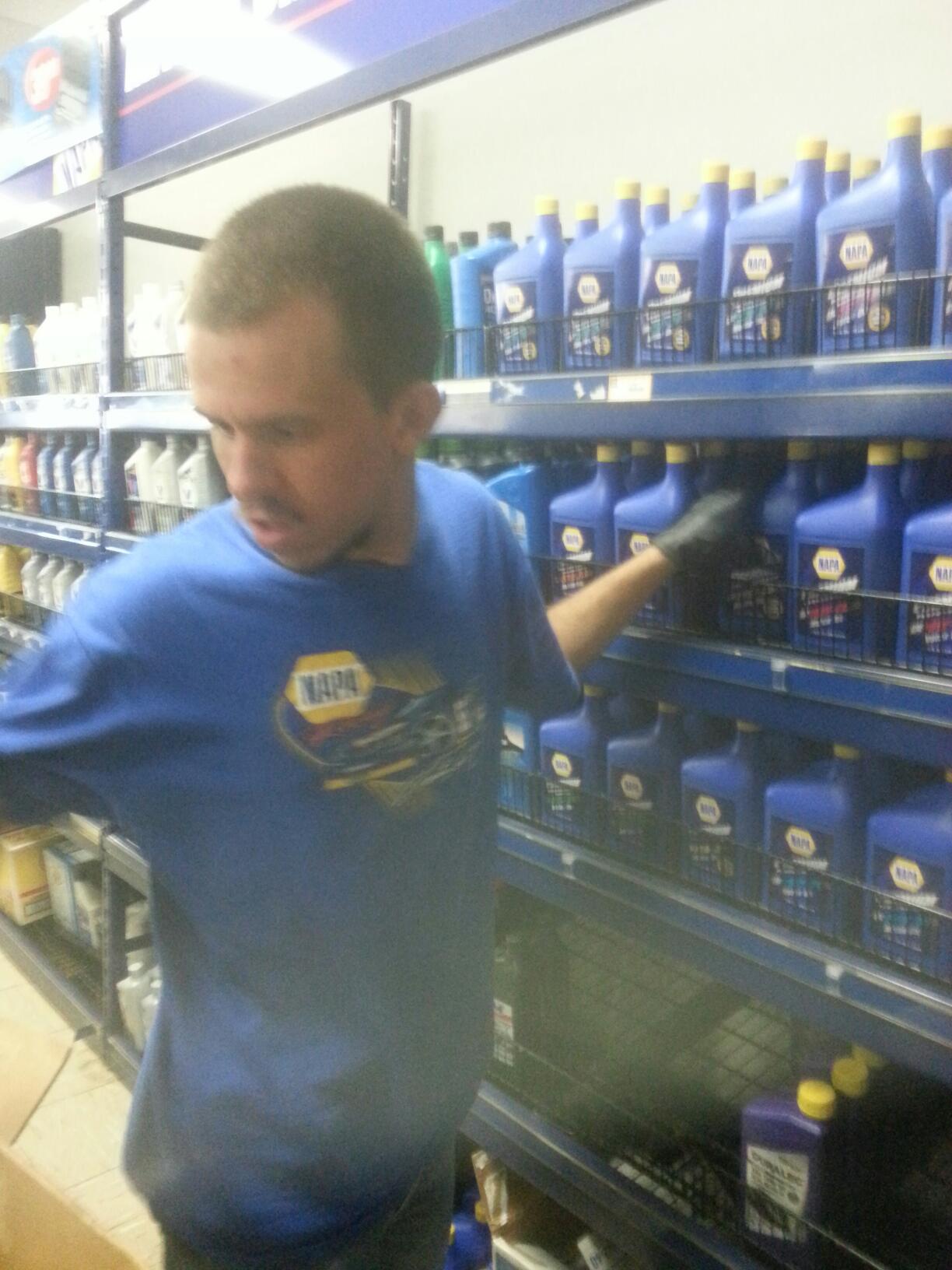 Todd is very enthusiastic about heavy equipment. He can tell you the name of every machine and what it does. He enjoys jumping in the truck and helping his dad haul equipment from job to job when the opportunity arises. He also volunteers at Napa Auto Parts and loves to greet everyone. He could probably tell you the majority of people’s names as they walk in the door.

Gary is grateful for the support shown to him by Billy and Rory Hall, Grade Tech co-owners, and all of his coworkers. He explained that the Halls have always prioritized family. In addition to allowing Todd to occasionally accompany Gary as he hauls equipment from state to state to job sites, the Grade Tech owners have also gone above and beyond to make sure that Gary doesn’t miss out on special occasions. One example of this “family first” commitment occurred when the company needed Gary to deliver the track hoe to St. George, but Gary needed to be at the awards banquet for LSR by 5 p.m. Rory assured Gary that if he got the track hoe to the job site, Rory would get Gary to the banquet on time. True to his word, Rory used the corporate plane to fly Gary home from St. George so he was able to attend the banquet. Gary and Judy were astounded. “My wife said ‘If this isn’t an indication of a company’s appreciation for your work ethic, nothing is, we have been so blessed these past 5 years to be a part of this great company with great owners!!’ ” Gary explained. “Who else has a boss who flies you home if you deliver?” 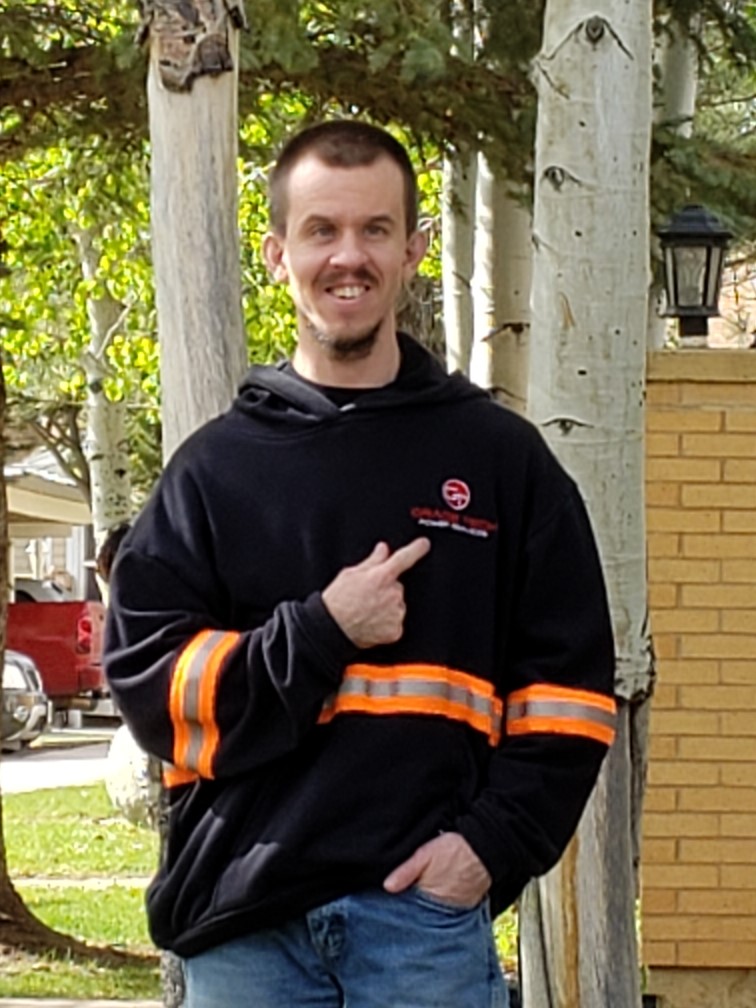 Gary is thrilled that he has the chance to earn a donation to this organization through his work. “I am so proud and thankful to be able to support LSR through my work,” he said about Grade Tech’s “giving back” program. “I can’t imagine my life without LSR, and Judy and I certainly couldn’t imagine our lives without our boy, Todd.” His life is full because of the help we all receive from LSR.

Gary is not the only one who is thankful – the gratitude flows both ways. “We are happy to be able to make this donation on behalf of Gary,” Rory said. “The dedication he has shown to the job and the company certainly deserves this reward. I thank Gary for his service and applaud him for his loyalty to his family and the LSR organization.”