Three Generations on the Job at South Valley Regional Airport

Three Generations on the Job at South Valley Regional Airport

Grading and excavating has always been a family business for the Hall family. In fact, Rory Hall, co-founder and Chief Operating Officer of Grade Tech, says that he has the “yellow ” running through his blood, referring to the color of the construction equipment he has been riding and operating since he was a young boy. Rory is the third generation of Hall men who have spent their lives moving dirt and laying the foundation for the infrastructure in and around Utah. He follows in the footsteps of his father and co-founder of Grade Tech, Billy Hall, and his grandfather, Bill, who paved the family’s way into the excavating trade.

Bill Hall started the family business in 1950 and passed on his love of the job to his son, Billy, who passed it along to Rory. All three generations of Hall men have been building airports, roadways, housing subdivisions and power plants (to name only a few) in the western United States.

Although all three Hall men had never worked together on the same project, they all have a connection to one particular place – the South Valley Regional Airport in West Jordan, Utah – that dates back to the early 1940’s during World War II.

During the war, Bill Hall traveled throughout the western United States helping to build many of the airports that are still in use today. He and his wife, Millie, left their home in Idaho to assist the United States Navy in building the airport at Pasco, Washington, now known as the Tri-Cities Airport. From there they traveled to California, Las Vegas and, eventually to Utah, where they settled with their twin daughters, Jean and Jane.

Ironically, thirty years later, Billy Hall, then the owner of Hall Excavating, and his grade crew worked on the runway expansion and taxiways at the airport.

Coincidently, the South Valley Regional Airport is the base from which Grade Tech flies crews to and from jobs throughout the United States…and Rory Hall is often at the helm, piloting the plane. He – and the other Grade Tech pilot – uses the runways prepared by his father and grandfather to transport his guys (which sometimes includes his father, Billy) to their work sites.

His family’s involvement in the development of the airport evokes feelings of nostalgia and pride each and every time Rory taxis down the runway. “My grandpa and dad helped build this airport,” Rory explains, “I think about them and our family history of creating this and many other things each and every time I fly in and out of here.”

For three generations of Hall men, moving dirt and helping build the infrastructure in and around Utah has been a way of life. And the family couldn’t be prouder of their work and their contributions to the local landscape. 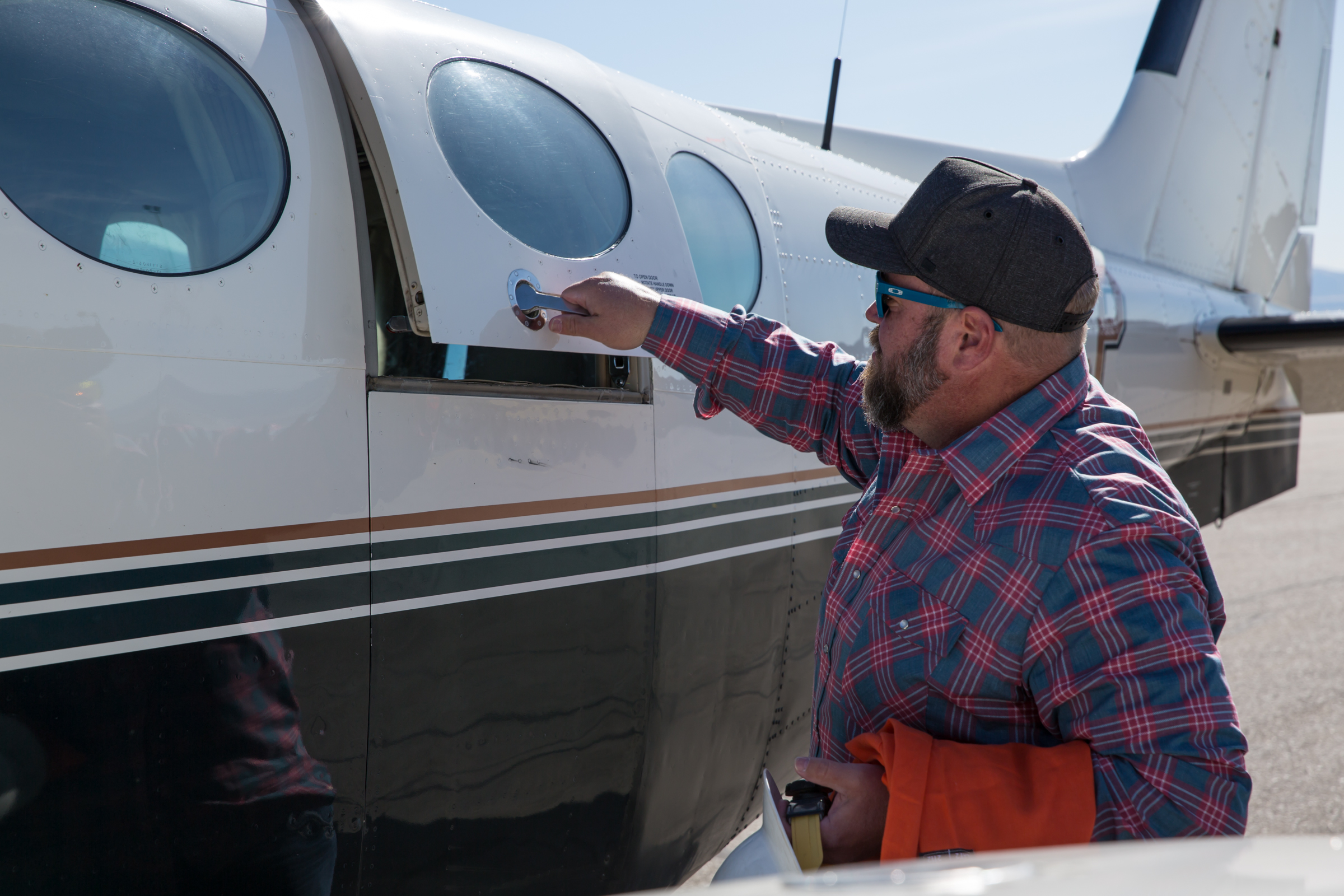