We’d like to introduce Grade Tech truck driver, Luke Phelps. One of the newer members of the team, Luke joined Grade Tech a few months ago after meeting Rory Hall, COO and co-founder of Grade Tech, at Lava Hot Springs in Idaho. When Rory mentioned that he had worked at substations with Luke’s dad, Jim, a master electrician at Cache Valley Electric, Luke was interested in learning more about Grade Tech. Although he wasn’t looking for a new job at the time, he decided to see if he and Grade Tech would be a good fit. Turns out they are!

Luke jokes that his job with Grade Tech finally somewhat fulfilled his dad’s wish for him, explaining, “My dad always wanted me to be an electrician and this is as close as I’m going to get!”

A resident of American Fork, Luke Phelps has lived in Utah his entire life. His roots run deep in Utah County, having grown up and then raised his family there. A veteran of the excavating industry, he started as a laborer and in three years, worked his way up to truck driver. That was 22 years ago. He has also worked as a Heavy Equipment Operator, but driving is what he likes best. 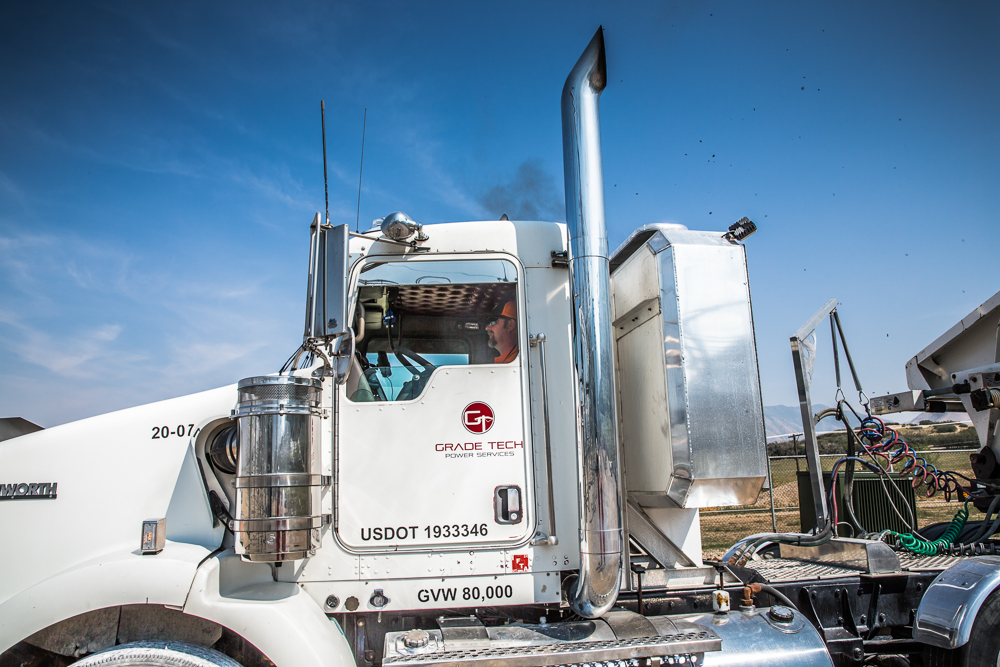 When it comes to driving for Grade Tech, Luke says that he enjoys being out on the road seeing new things. “I don’t mind going out of town at all for work, whether it’s a long haul or a short haul,” he said. “It’s a good change of pace and I get to see a lot of different stuff – interesting things, cool cars, and stuff like that.”

Echoing the sentiments of many of his fellow drivers, Luke says that the hardest part of the job is dealing with the other vehicles around him. “I’m not scared for myself, I’m scared about everyone else around me that aren’t being safe,” he explained. “They don’t realize that we have to have 5 times more stopping space than they do.”

Over the years, Luke has learned that the key to success on the job is to keep learning and growing – and stick with it. “You’re going to have your highs and lows, but in the long run if you stick with it and learn everything you can in the industry, you will succeed” he says. “Don’t limit yourself to just one thing, make sure you can do multiple things.” Living by that philosophy, Luke hopes to broaden his knowledge and learn to manage dispatch.

When Luke comes off the road and returns home to his family, he enjoys outdoor activities like hunting and camping – and drinking lots of beer! The family also loves music and enjoys attending concerts.

At Grade Tech, it’s our people that set us apart from the competition. Each and every member of the Grade Tech team plays an integral role in the success of our projects and our company.

Check out our Careers page if you are interested in joining the Grade Tech Team!