Grade Tech is proud to introduce Dino Pracic, one of our Truck Drivers that has been with the company for almost two years. Dino brings a wide range of driving experience and knowledge to Grade Teach, driving a refrigerated food truck from coast to coast for several years and then transitioning to owning and operating his own truck and trailer for several more years – accumulating more than a million miles on the road.

“We were all thrilled when Dino joined our team,” said Rory Hall, COO and co-founder of Grade Tech. “He has a proven record of reliability and is the consummate team player, helping with other positions, learning to drive heavy equipment, raking rocks and pitching in wherever he can once he delivers the equipment to the worksite.”

Born in Bosnia, Dino and his family refuged through Germany, where they lived for 7 ½ years, before coming to the United States in 1999. Arriving in Utah at the age of 18, he attended high school for a bit but was held back even though he had already graduated in Germany, so he decided to set out and earn a living instead. He tried his hand at several jobs (grocery store bagger, security, call center/telecom, etc.) before he finally settled into a position as a forklift operator for Steel Co in 2005. After 7 years, he left Steel Co to become a truck driver.

Several of Dino’s friends were in the trucking business, so he decided to give it a try. Explaining the allure of the road, he said, “I can work well with anyone, but I really like my freedom. I can be my own person in the truck; there’s no one hovering over me.” 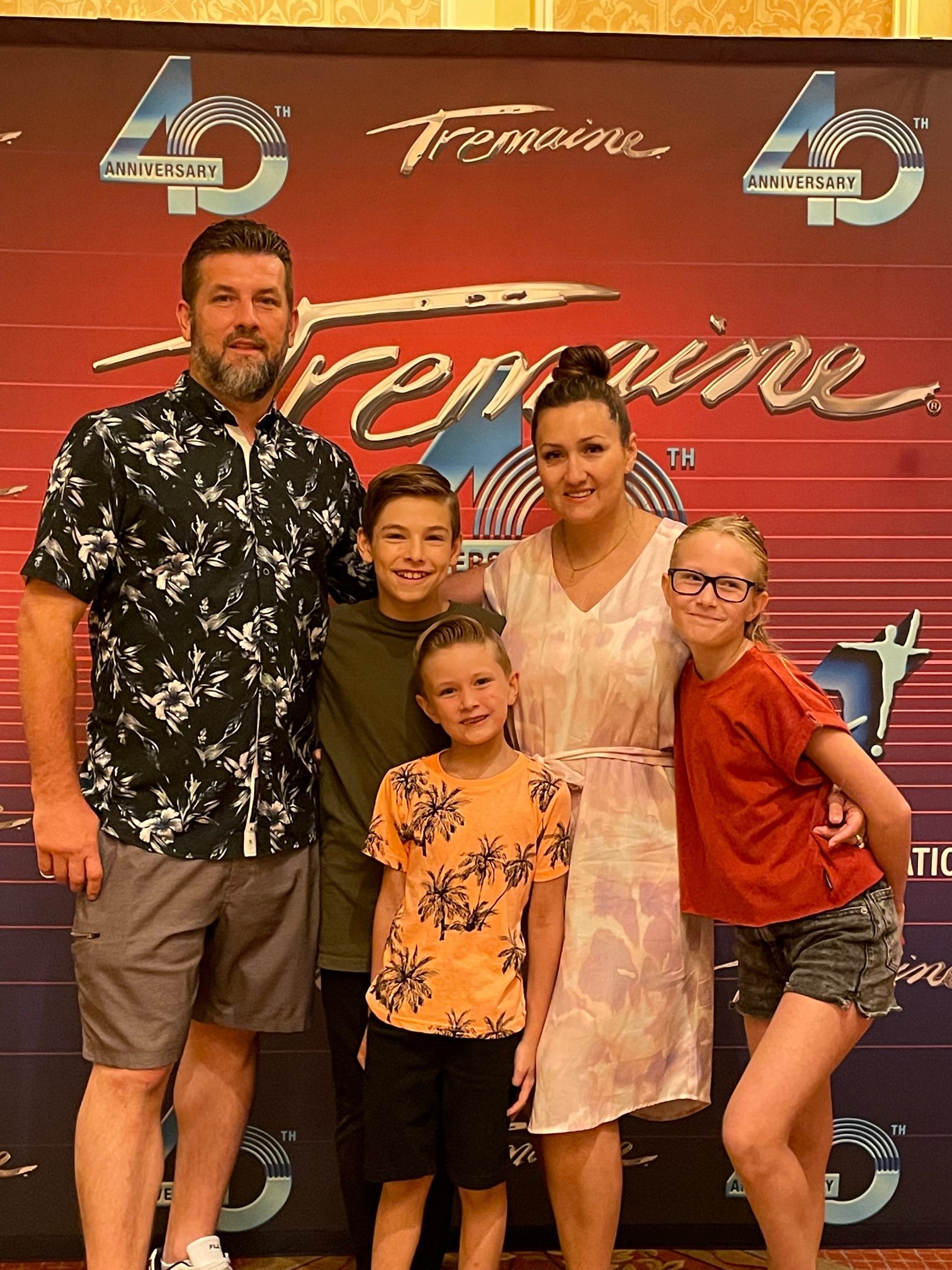 With that freedom, however, came long trips away from home and his family – his wife, Binela and children, Adin, 13, Sophia, 11, and Erol, 6. With trips up and down the east and west coasts, he was often way from home for 2-3 weeks at a time and missed his family.

Then COVID hit and things started to go “downhill” for Dino and his business. He ended up selling his truck and trailer and started looking for other opportunities. In March of 2020, he met Rory through family friends. Rory offered him a job at Grade Tech, so Dino decided to join the Grade Tech team as a truck driver. “I didn’t know a lot about over-size hauls and equipment on the truck,” he explained of his first days with the Grade Tech. “But the other drivers were more than happy to show me what to do and I learn more and more every day.”

Dino says that he loves the team atmosphere and sense of belonging at Grade Tech. Combining those perks with the freedom of the road makes this the ideal job for him. “It’s not always easy to find a good company that cares about its employees like Grade Tech,” he explained. “I like that we are appreciated and treated as individuals – not just another number. I like that Rory and Billy put family and safety first before money.”

Dino also appreciates being home on the weekends to spend time with his family, making up for 8 years of time lost on the road. That perk is priceless.

Dino intends to keep learning the intricacies of the driving position and how to operate other equipment so that he can step in where needed. He looks forward to the opportunities that lie ahead. “I see this as a career and a team effort. I believe in being a team player, in getting out and helping where you can,” he said.

Dino has this advice for anyone considering a career as a truck driver – or any career, for that matter: “Find a good company that cares about their employees (like Grade Tech) and follow the rules. Do it the smart way – don’t run after money. The money will come as you work your way up.” He added, “Show them what you can do and don’t feel entitled. Be a team player and get out and help where you can. People will notice. Be patient, learn, listen to advice and be safe – in other words, be open and consider any help you get as a gift – and you will be successful.”