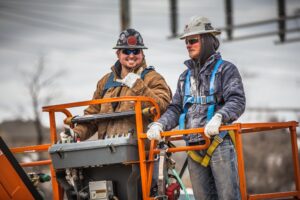 David Barlow, Foreman of Operations at Grade Tech, is celebrating two years on the job—this time, that is. You see, David worked for Grade Tech several years ago, starting his first “real job” at the age of 18. He met Rory Hall, Grade Tech Co-founder and Chief Operating Officer, and his grandmother, Millie, while mowing their lawns when he was 16 years old. He left to start his own landscaping business, then made his rounds with several construction companies for 5+ years and landed back at Grade Tech.

“We’re happy that David came back to Grade Tech,” Rory Hall said. “He has a lot of varied experience and is always willing to learn new things on the job—that’s what makes him so successful at such a young age.” 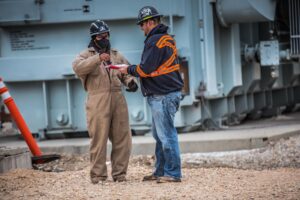 David got an early start in the construction industry, framing houses in Southern Utah when he was just nine years old. When he was 11, he started doing metal framing and remodel work, and at 16 was doing HVAC jobs, framing, and mowing yards. He says that his work ethic was handed down to him by his parents who owned a transportation company. “I grew up on a truck; I was potty trained on a truck’” David explained, “and I would go on the road whenever I could whether it was with my uncle or my dad.”

Watching his mom and dad run their company made David want to learn how to successfully run a company, and he brings that desire to his position at Grade Tech. “I love the challenge of learning how to run a successful company, not just one aspect. Every day you get a jigsaw puzzle and you have to put it together. It’s a challenge that keeps me motivated. Some days are nightmares and you go home knowing you will try to do better the next day. If you accept defeat then you aren’t good to anyone.” 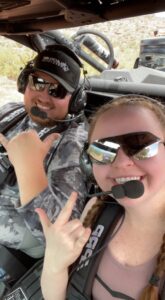 David believes one of the keys to doing his job well is to be a good communicator. It also happens to be one of the hardest parts of the job. ”Being able to communicate in a way that gets more effective responses to keep the job going is important, but can be challenging,” he said. ”Many people have a hard time communicating, so I have to be a good communicator to get people to respond in ways that are effective in situations that are seldom black and white.”

Another key to success, according to David, is being available at any time and being willing to work until the job gets done. He explains that despite being a part of the “younger” generation, he understands that he needs to be available to keep things moving forward. “My generation is known for being hard to get on the phone, but I have to be available to keep things moving. Some days I start as early as 5 AM from my bed so I can take care of my team’s needs even if I’m not awake yet!” He adds, “And I will be the last one working if I have to—I won’t stop.” 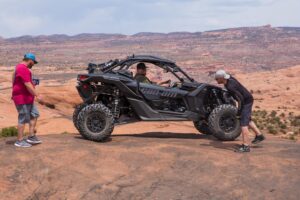 David aspires to continue learning the ins and outs of Grade Tech so that one day he can make the transition from being Rory’s “left hand man” to his “right hand man.” He explained, “I once had a boss tell me, when I said that I was his right hand man, that he was his own right hand man. It took me a while to understand that, but now I do. I want to go from being that left hand man for Rory to his right hand man.” David laughs and adds that although he ultimately wants to be ‘THE MAN” he realizes that that role will always belong to Rory. But that won’t stop him from learning, growing and striving to be “the man” and being able to carry the load, handling all aspects of the business. “In the future, I want Rory to be living his best life and calling me once or twice a week to see how things are going. I want to be able to estimate, bid, oversee the jobs, and meet with clients and contractors. I know I can learn and grow in the skills I need with Rory teaching me.” 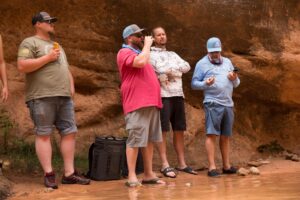 When David isn’t on the job trying to soak up as much knowledge as possible, he enjoys outdoor activities with friends and family, including boating, razor riding, drinking beer, riding his Harley and playing volleyball.

Please join us in congratulating David on his 2-year anniversary with GradeTech and wishing him success in his quest to be “the man” in the years to come!