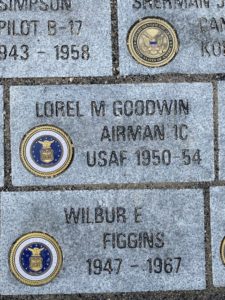 Grade Tech foreman Alex Goodwin is celebrating 5 years with the company this month by honoring veterans. To commemorate that milestone, he is honoring local veterans by supporting Bountiful Veteran’s Park, a donation-funded park that recognizes and honors veterans from Bountiful, West Bountiful, Woods Cross, North Salt Lake, and Centerville.

Grade Tech is donating $3,000 in Alex’s name to help fund a memorial statue at the park. The charitable contribution is part of Grade Tech’s “giving back” program which supports the local community by celebrating employees’ work anniversaries (after the first 3 years of employment) by making annual donations to the employees’ “charities of choice.” 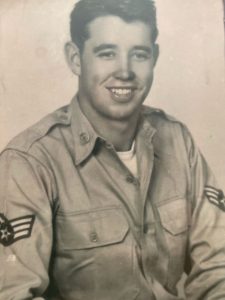 “I chose Bountiful Veteran’s Park because it has personal meaning to me and my family,” Alex explained. “My grandfather, who passed away last year, was a Korean War vet. Before he passed, we took him to see the granite paver etched with his name at the park. He was so proud—so I wanted to help others honor their loved ones as well.”

Bountiful Veteran’s Park honors all veterans including those who are living, those who have passed on, those who are currently serving, and those who will serve in the future. In addition to honoring our veterans and service members, the park aims to help our young men and women develop love and respect for those who serve their nation and inspire them to serve our country.

Rory Hall said that he is happy to recognize Alex’s anniversary with a donation to the park. “This park gives families a place—other than a gravesite—to pay tribute to their loved ones who fought (or are fighting) to provide the freedom we enjoy in this country,” he said. “We are proud to acknowledge Alex, his grandpa, and all of the local veterans honored in the park with this contribution toward the memorial statue.” 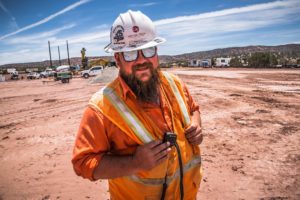 Alex joined Grade Tech in 2017. A Salt Lake City native whose family spent 5 years in New York City then returned to the local area, he worked at a tire shop and in the oil fields before finding his niche in the excavation field—or “in the dirt world” as he says. He worked as a laborer for 3 years and then was promoted to an operator foreman and moved around to a few different companies before settling at Grade Tech.

Alex says that he found Rory (and Grade Tech) on Indeed and that he was impressed when he came to the office for his first interview. “I knew it was a good company when I saw that they required 3-5 years of experience and then when I pulled up to the office and saw that they had brand new trucks and equipment, I knew they were different.” He went on to say, “Then I learned about their amazing work culture and I was hooked.”

After 5 years on the job, he’s still hooked. “I never felt camaraderie on a job until I found Grade Tech,” he explained. “The guys here are the greatest. Working here is exhilarating. I get an adrenaline rush because it’s challenging at times. Each and every job is different and there are different problems to solve. That can be challenging, but also rewarding.”

Alex said that the key to his success has been his dedication to the job and sticking with Grade Tech. He explained that Grade Tech provides the tools and opportunities he needs to succeed. And succeed he has. After his first 2 years with the company, he fulfilled his lifelong dream of owning a home—an accomplishment he attributes to coming to Grade Tech.

“You could work for other companies for 10 years and hardly get ahead—never getting raises, always working with the same crew—but at Grade Tech you can move around and be what you want to be,” he said. “You can experience new crews and equipment. It’s not always the same— there is plenty of room to grow and tons of opportunity.” 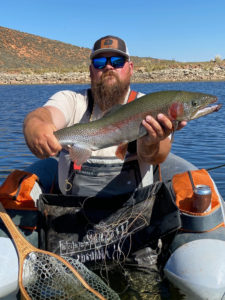 Alex is striving to move up in the company, currently working toward a Superintendent position. After that, he hopes to continue advancing to Estimator or Project Manager. “The sky is the limit!” he exclaimed.

When he’s not on the job, Alex likes to camp, fish, attend concerts, and enjoy a couple of beers with his buddies. He also likes to hit the dunes with his dirt bike.

Please join us in congratulating Alex on his 5-year anniversary with Grade Tech and wishing him more success in the years to come!